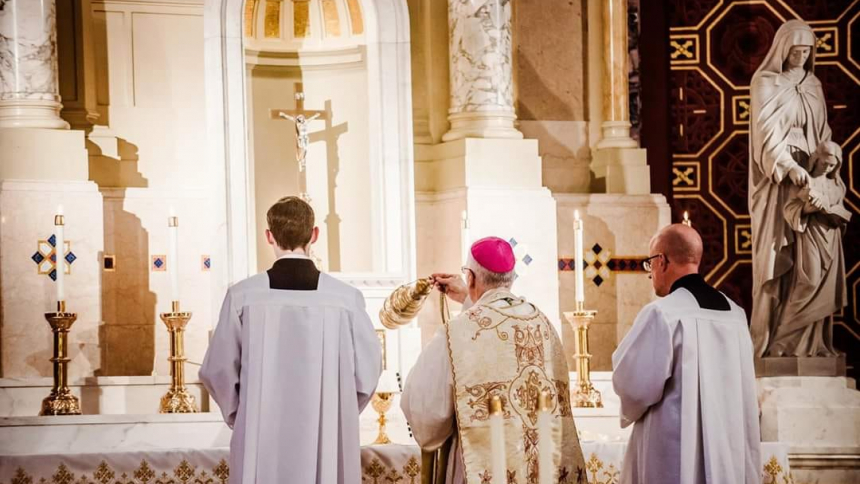 The Flint Traditional Latin Mass community would like to invite you to join them at 3pm on Sunday November 24 at the city’s St John Vianney Church to help celebrate the 30th anniversary of the community when Bishop Earl Boyea of Lansing will offer Pontifical High Mass.

“We are excited to have Bishop Earl Boyea joining us in commemoration of our 30th anniversary, celebrating a Pontifical Mass at the Faldstool, an ancient expression of the Roman liturgy that is unique in ritual and experience,” said David Williams of the Flint Traditional Latin Mass community, November 12.

“We would like to invite as many people as possible to come and witness the beauty and treasure of the Traditional Latin Mass, especially those who have never experienced it.”

There will be a celebratory reception following Pontifical High Mass on November 24. If you wish to attend, please R.S.V.P to Angie Blondin on (810) 603-0818 by November 18. There will be a cost of $5 per person or $20 per family. Also note, there will be no Traditional Latin Mass at 3pm at St. Matthew, Flint, on that day.

For more information on the Traditional Latin Mass Community in Flint go to: https://www.tlmflint.org/