What do Catholics believe?

Do you have questions about the Catholic Church?

Whether you grew up Catholic and no longer attend a Catholic church, or you’ve never known much about the Catholic faith, you may have questions about what Catholics believe. No worries! Here’s some basic information that will help you understand our Church.

What are the core beliefs of the Catholic faith?

The core beliefs of the Catholic faith are found in the Nicene Creed. Here’s what it says:

Who started the Catholic Church?

We are the original Christian Church, which began when Jesus himself when he said to the Apostle Peter, “You are the rock on which I will build my church. The gates of hell will not prevail against it.” Every pope since then has been part of an unbroken line of succession since Peter, the first pope.

What do Catholics believe about the Bible?

Catholics believe that the Bible is the inspired word of God. From the beginning of Christianity, the Catholic Church defined the canon of Scripture – the books you find in every Christian Bible – and defined what it meant to be a follower of Jesus Christ. Through the centuries, it’s the Catholic Church that preserved the Bible, as well as many other written works, through its monasteries and libraries.

What does the Church mean by “sacred tradition”?

In the early Church, the Gospel was preached by those who had known Christ, or who had known his Apostles. The Apostles handed on their preaching and writing to all generations through bishops, who continue to preach the truth revealed in the Gospel. This living transmission of the Word of God is called tradition, which is distinct from Scripture, but closely tied to it. Tradition infuses the entire life of the Church, and along with Scripture, comprises the deposit of the Word of God.

What happens at a Catholic Mass?

Early in the history of the Church, there was the belief that when Jesus said at the Last Supper, “Take this and eat – this is my body; take this and drink – this is my blood,” he was giving us the gift of his real presence in the form of bread and wine. We call this the Eucharist – a name that comes from the Greek word for thanksgiving. The Catholic Mass is a Eucharistic celebration and a celebration of God’s word in Scriptures.

Why do Catholics tell their sins to a priest?

The sacrament of reconciliation (also called penance or confession) was created by Jesus himself when he said, "‘As the Father has sent me, even so I send you.’ And when he had said this, he breathed on them, and said to them, ‘Receive the Holy Spirit. If you forgive the sins of any, they are forgiven; if you retain the sins of any, they are retained’" (John 20:21–23). The idea of confessing our sins to another person is also in the Bible. In James 5:18, the Apostle tells us, “Therefore, confess your sins to one another, and pray for one another so that you may be healed.” The sacrament of reconciliation is known in the Church as a sacrament of healing.

What do Catholics believe about Mary?

Mary is honored as first among the saints because she is the mother of God and the mother of the Church. We believe Mary was conceived without sin (meaning, she didn’t have the stain of original sin), and that God preserved her from sin so that she could be a perfect vessel to bring his son into the world. Being human, however, she still had free will, which means she had the power to say “yes” or “no” to God when his messenger, the angel, came to her. The fact that she willingly said “yes” is an example for us of love and submission to the will of God. As with the saints, we ask Mary to pray for us to her son and to the Father and the Holy Spirit.

Why do Catholics pray to saints?

We believe that holy men and women who have come before us still pray for us and aid us. We call them saints, and many of our churches are named for them. When we pray to saints, we ask for their intercession (the same way you’d ask your family or friends to pray for you), so that God hears not only our prayers, but also the saints’ prayers on our behalf.

Do Catholics pray to statues?

No. We pray to God. Along with the words of Scripture, images can illuminate the Gospel message and inspire us with the memory of saints. We believe God is present in beauty – and so we have commissioned and preserved some of the world’s greatest artworks. Without the sponsorship of the Church, Michelangelo would never have painted his famous Sistine Chapel nor carved the Pietà.

What is the Catechism of the Catholic Church?

The word “catechism” comes from the Greek word, catechesis, or oral teaching. The Catechism of the Catholic Church is a compendium of the essential teachings of the Catholic faith. It’s available online for free.

How does someone come back to the Catholic Church?

There’s a saying, “Once a Catholic, always a Catholic.” If you were baptized into the Catholic Church, or if you received any of the sacraments when you were younger, you’re still a Catholic, even if you don’t go to Mass or pray anymore. In short, the Catholic Church will always be your spiritual home, and you’re welcome home any time. How? Just show up. Visit a parish, talk to the pastor or one of the priests or to a parishioner and let them know you’re there. We want to welcome you home and help you renew a relationship with Jesus Christ that will be the source of your happiness now and for all eternity! 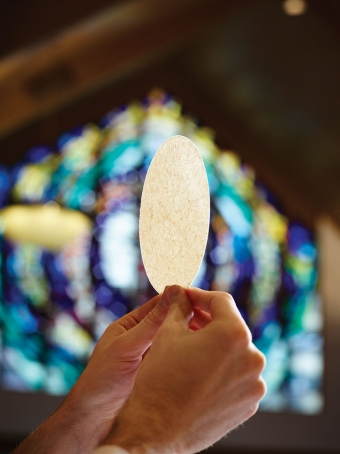