What is the Catholic Church and what do we believe?

We are a community of believers who span the globe – our very name, “catholic,” means universal. We are members of smaller faith communities called parishes – you will find a list of local parishes at the top bar of this website.

We are the original Christian Church, which began when Jesus himself said to the Apostle Peter, “You are the rock on which I will build my church. The gates of hell will not prevail against it.” Every pope since then has been part of an unbroken line of succession since Peter, the first pope.

Early in the history of the Church, there was the belief that when Jesus said at the Last Supper, “Take this and eat – this is my body; take this and drink – this is my blood,” he was giving us the gift of his real presence in the form of bread and wine. We call this the Eucharist – a name that comes from the Greek word for thanksgiving. The Catholic Mass is a Eucharistic celebration and a celebration of God’s word in Scriptures.

We believe that holy men and women who have come before us still pray for us and aid us. We call them saints, and many of our churches are named for them. First among the saints is Mary, a virgin who gave birth to the child Jesus, and who is honored as the mother of God and the mother of the Church.

From the beginning of Christianity, the Catholic Church has handed on God’s word to each new generation – and defined what it meant to be a follower of Jesus Christ. Through the centuries, it is the Catholic Church that preserved the Bible, as well as many other written works, through its monasteries and libraries. It instituted the university system in order to educate.

We also believe that beauty is a sign of God’s loving presence – and so we have commissioned and preserved some of the world’s greatest art-works. Without the sponsorship of the Church, Michelangelo would never have painted his famous Sistine Chapel nor carved the Pietà.

Today, the Church is the world’s largest charitable organization; we provide a significant portion of social service needs for Americans. There are nearly 250 Catholic universities and colleges in the United States alone, and we also operate this nation’s largest non-public school system.

Mostly, we are a billion people on every continent who profess and express a faith in Christ that spans two millennia.

Our story is humanity’s story, and begins before time was even measured. It is recorded in the Bible, which simply means “book.” Jews and Christians share the first books of the Bible – for Christians, they are called the Old Testament.

The Church rooted in history

We believe God formed a special relationship with his people. He made a covenant with Abraham and his wife, Sarah, in which God promised numerous descendants and a land of their own – the Promised Land. Although their story is fraught with crises, Abraham and Sarah do have a son, Isaac. Isaac is the father of Jacob, whose name is Israel. It is Jacob’s 12 sons who become the famous Twelve Tribes of Israel.

THE EXODUS AND MOSES

Like the Jewish people, we believe in God’s intervention in human history during the Exodus. This is the event where the Hebrew people (the Israelites), who were living as slaves in Egypt, were liberated. God heard the cries of his people and called Moses to lead them to freedom.

Moses led the people through the desert, and during the journey, received the precepts for faithful living that we call the Ten Commandments. Although Moses did not live to enter the Promised Land, God called his deputy, Joshua, to lead the people and take over the land.

THE KINGS OF ISRAEL

During the time of the Judges, the Israelites kept asking for a king. Saul, by God’s favor, became the first king. He was followed by David, who was known for his great leadership and for making Jerusalem the center of worship. David’s successor, his youngest son, Solomon, was famous for his wisdom and for building the Temple. Unfortunately, the kingdom was beset by trouble and was divided in two – Israel and Judah.

The period that followed is known as the time of the Prophets. Three of the major prophets are Isaiah, Jeremiah and Ezekiel. These men called the people of Israel and Judah to repentance and faith in God. Isaiah’s prophecies are particularly significant to Christians, since he foretold the coming of the Messiah, who would be known by this sign: “A virgin shall be with child, and bear a son, and shall name him Immanuel.”

As foretold by Isaiah; around the year 4 B.C., a baby was born more than 2,000 years ago in the town of Bethlehem in Judea. He was named Jesus (from the Hebrew meaning “God saves”). From an early age, Jesus, born both fully human and fully divine, displayed a very special relationship with God, whom he referred to as Father. As an adult, Jesus made God’s Word come to life in the midst of those with whom he lived. Jesus performed miracles, taught with parables and befriended the outcasts of society.

At the Passover, Jesus ate the traditional seder with his disciples – he took the bread, blessed it and broke it, saying, “Take and eat: this is my body.” He then took the cup, gave thanks and shared it, saying, “Drink from it all of you, for this is my blood of the covenant, which will be shed on behalf of many for the forgiveness of sins.” This is the foundation of the Catholic sacrament of the Eucharist or holy Communion.

The local leaders were threatened by Jesus and his ministry, and had him arrested, tortured and crucified. Three days after he died, his tomb was found empty. He had risen from the dead.

Christ’s resurrection fulfills the Old Testament promises and shows that he is the Son of God and God himself. Christ’s death liberates us from sin, and his resurrection opens up new life for us in heaven. “For God so loved the world that he gave his only Son, so that everyone who believes in him might not perish but might have eternal life.” John 3:16

PENTECOST, THE BIRTHDAY OF THE CHURCH

Before Jesus ascended into heaven, he appeared to his disciples and told them the Holy Spirit would descend on them. Fifty days after Passover, on the Jewish feast of Pentecost, the disciples were filled with the Holy Spirit and began to speak in different tongues. Pentecost would become the birthday of the Church.

The disciples, as they had been instructed by Jesus, went out to spread his Gospel message. They found an adversary in Saul, whose mission was to destroy the new religion. But Saul had a life-changing experience in which he heard the voice of God. He became Paul, a Christian and a tireless preacher. Paul, and many of the other disciples, were eventually put to death. But not before the new faith had taken root in the hearts of people all over the known world.

What are the seven sacraments of the Catholic Church?

The sacraments are the seven outward and visible signs, instituted by Christ, to confer God’s inward and invisible grace. They are rites of initiation, healing and vocation.

BAPTISM (from the Greek word baptisma, a “dipping”) is the sacrament in which, by water and the power of the Holy Spirit, a person is cleansed of all sin, including original sin, and experiences birth into the new life of Christ.

Pouring of water (or immersion)

bear witness to Christ and prepare to take on the role of a disciple.

Laying on of hands and anointing with chrism

EUCHARIST (from the Greek word eucharistia,“thankfulness”) is the sacrament in which the true Body and Blood of Christ, who is truly and substantially present under the appearance of bread and wine,

is received in holy Communion.

RECONCILIATION (or penance, confession) is the sacrament in which sins committed after baptism are confessed after an examination of conscience and forgiven by a priest in the name of Christ.

ANOINTING OF THE SICK is the sacrament in which those who are ill are anointed to impart spiritual strength and physical healing.

The sacrament of MARRIAGE signifies the union and love that exist between Christ and the Church. It is a faithful covenant in which a man and a woman unite in such a way that, by forming “one flesh,” they can transmit human life. As spouses and parents, men and women cooperate in a unique way in the Creator’s work.

HOLY ORDERS is the sacrament in which a bishop confers on a baptized man the grace of the Holy Spirit and sacred power for the service of the faithful. It can be administered in three forms: deacon, priest and bishop.

Roles in the Catholic Church

LAITY are all the faithful who, by virtue of their baptism, confirmation and participation in the holy Eucharist, are called to be witnesses of Christ in the world.

THE POPE is the Bishop of Rome, the successor to St. Peter and the Vicar (representative) of Christ on

earth. Christ is the head of the Church; the pope is Christ’s visible representative.

BISHOPS, successors to the Apostles, have received the fullness of Christ’s priesthood. Bishops are the visible head of their dioceses. “Diocese” is from the Greek word for administration, and is the district under the supervision of a bishop.

PRIESTS are men ordained to mediate between God and his people. They preside at Mass, celebrate sacraments and minister to the people in their congregation. They may have the title of pastor or  parochial vicar (assistant pastor).

DEACONS are men ordained to assist in carrying out the Church’s ministry. They are able to proclaim the  Gospel, preach, baptize, and conduct funerals and weddings outside of Mass.

MEN AND WOMEN IN CONSECRATED LIFE often live in community and take vows such as poverty, chastity and obedience. They may be priests, monks, nuns, consecrated virgins or religious brothers or sisters.

Here are a few examples of lay ministers who may be

serving at a given parish:

Most Catholics become members of the Church with their baptism as infants. They continue their faith journey through education, prayer, formation and the reception of the other sacraments of initiation – holy Communion and confirmation, as well as the sacrament of reconciliation – when they are older.

BECOMING CATHOLIC AS AN ADULT — RCIA

Adults and children older than 7 who have not been baptized typically participate in the Rite of Christian Initiation of Adults (RCIA). After prayer, study and spiritual direction, they receive the sacraments of initiation at the Easter Vigil Mass on Holy Saturday night. Adults who have been baptized in another Christian tradition may also be welcomed at the Easter Vigil, or at another time. They are confirmed and receive Communion. They are called candidates, and may participate in many of the steps of RCIA.

WHAT HAPPENS AT RCIA?

Living life fully as a Catholic means being a disciple of Jesus Christ. Jesus told his earliest followers to “go and make disciples” of all people. We believe the

basic elements of discipleship are:

If you would like more information about becoming Catholic, please visit any of the links below:

Why I am Catholic

We all have a story to share – stories of faith, of sorrow, of hope, of joy. Here are a few stories of people whose lives have been touched and transformed by their faith, and by the Church. For more, visit www.faithpub.com. 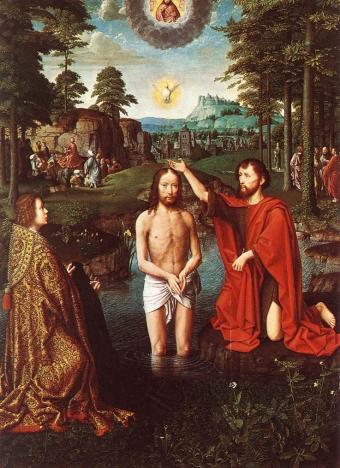