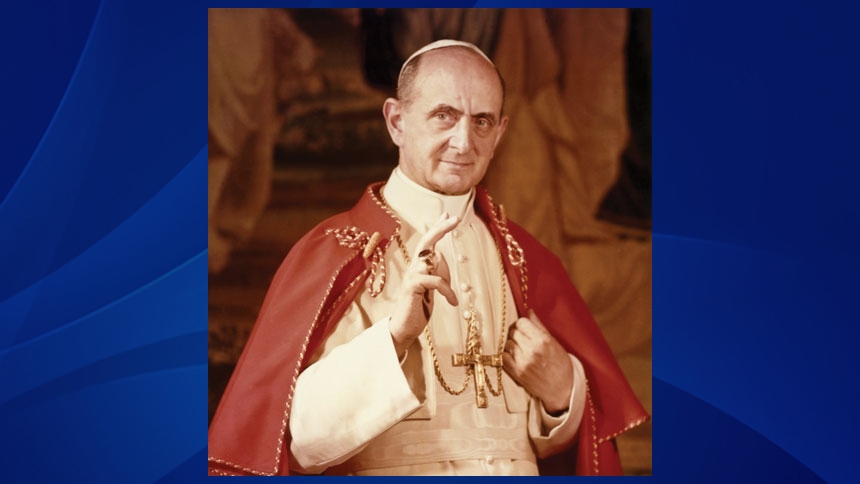 On July 25, 2018, the Church will celebrate the 50th anniversary of the papal encyclical, Humanae Vitae. The encyclical was written by Blessed Pope Paul VI in 1968. It focuses on God’s plan for married love and the transmission of life.

In 1930, the Anglican Church signaled for the first time its acceptance of birth control within marriage at the Seventh Lambeth Conference. Within a couple of decades, most of the other mainline American Protestant denominations had followed suit.

Then, in 1960, with the introduction of the first oral contraceptives, a call was issued for the reconsideration of the Church’s position on birth control. In response, Pope John XXIII established the Pontifical Commission on Birth Control in 1963 to study questions of population and birth control. After Pope John XXIII’s death in the same year, Pope Paul VI expanded the size of this commission.

Bishop Boyea preaches on the 50th anniversary of Humanae Vitae

In 1966, the commission overwhelmingly (64 of the 69 members) proposed that the pope use his authority to approve at least some form of contraception for married couples with the implication that artificial contraception might not be intrinsically evil. The commission argued the use of contraceptives should be treated as an extension of the already accepted method of naturally calculating the infertile periods of the woman in order to intentionally avoid pregnancy and thereby regulate births.

However, a minority within the same commission issued a separate report opposing the majority’s position. They argued that changing the Church’s teaching would constitute an admission that the Holy Spirit had failed to protect the Church from a very serious error, which had led to Church leaders to condemn thousands of what were ultimately innocent human acts.

Two years later, Pope Paul VI explained in Humanae Vitae (6) that the commission’s findings did not relieve him of the duty to exercise his own due diligence in considering the questions before the Church – a requirement that was all the more necessary given that the commission itself was divided in its final conclusions. In the end, the pope rejected the commission’s recommendations in the encyclical, while explicitly allowing natural family planning.

In Humanae Vitae, Pope Paul VI emphasized that married love involves the totality of the spouses. In marriage, each is called to give his/her very self unconditionally to the other in a love that is faithful, exclusive and fertile, i.e. married love is ordered toward parenthood.

In addition, because natural law reveals that the marriage act is inseparably both unitive and procreative, an act which has the effect of impairing the capacity to transmit life would contradict natural law and, thereby, eternal law, the very wisdom of God directing all of creation to its proper end. For this reason, artificial birth control, sterilization and abortion “are to be absolutely excluded as lawful means of regulating the number of children.” Each of these contravenes the laws of conception which permit us to be “the minister of the design established by the Creator.”

At the same time, the pope asserted that responsible parenthood could delay the begetting of children “for serious reasons and with due respect to moral precepts.” However, this “must be done within the limits of the order of reality established by God.” In other words, this must be done by working with “the natural cycles immanent in the reproductive system.” The key distinction between this approach, what we would now refer to a natural family planning, and artificial means of birth control is that this natural approach remains open to God’s design.

Pope Paul VI made four predictions in Humanae Vitae (17) about what would happen to both marriage and society if the teaching of the Church was ignored and contraception generally accepted:

For those wishing to deepen their understanding of the teachings of this encyclical, please visit the United States Conference of Catholic Bishops website . It provides links to the encyclical and other new resources. There is also a calendar of special events marking the anniversary of Humanae Vitae.

A celebration of married love