Read: "Why I love the North American Martyrs" by Bishop Earl Boyea 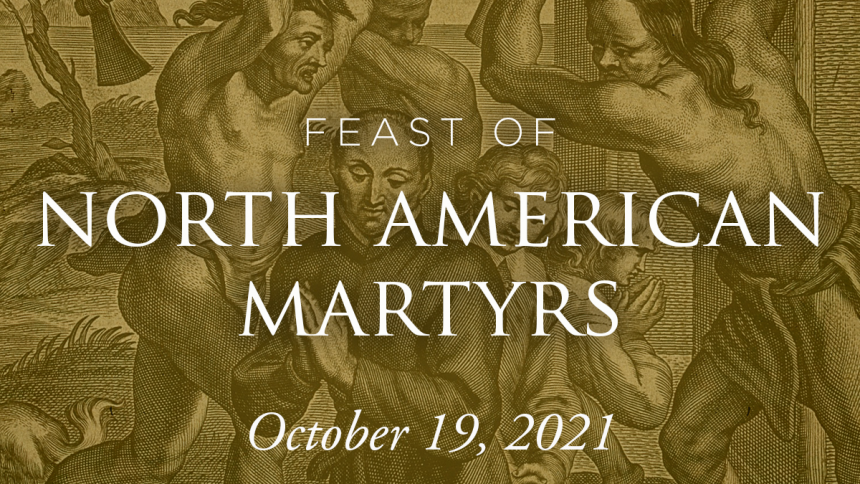 Today is the Feast of Saints John de Brebeuf and Isaac Jogues and Companions. Happy feast day! These eight saintly missionaries were martyred between 1642 and 1649. They died for their faithfulness to Christ and his Holy Church, attempting to bring the love of Jesus to North America. Today, Bishop Earl Boyea of Lansing explains why he loves these North American martyrs. He writes:

Every few years, we take our seminarians on pilgrimage to Midland, Ontario, to the site where Jesuits in the mid-1600s welcomed native Hurons into the Church. Father Jean de Brébeuf served there from 1626 to his martyrdom in 1649. In that year, on March 16, the Iroquois attacked the mission of Ste. Marie and herded Brébeuf and his companions, including Gabriel Lalemont, along a path, which we then follow, to his gruesome torture and death.

The Jesuit missionaries recorded their activities in letters back to France, mostly to stimulate support for the missions and to recruit more missionaries. These reports became known as the Jesuit Relations (1632-1673).

They record the many trying years of missionary work finally reaching some real success and acceptance by the Huron in about 1644. This ended with the first Iroquois attack in 1648 when Fr. Antoine Daniel was martyred and then definitively the next year when the Huron villages were destroyed. Fr. Paul Ragueneau wrote of the martyrs after visiting the sites, seeing the bodies, and talking to witnesses.

Brébeuf’s 1635 Relation is a masterpiece of the situation in Huronia. This priest became a master of their language teaching it to his French colleagues. It was often the sick, no doubt affected by European diseases, who were the objects of the Jesuit kindness, preaching and baptism.

“On the 27th of November [1634], Martin Tsicok, already a very old man of a very kindly disposition, was baptized. This good man continually called upon Jesus and Mary from his baptism to his death on the 15th of December.”

The recipients chose heaven over hell at the urging of the missionaries.

Ragueneau’s 1650 Relation recorded the deaths of the Jesuits at the hands of the Iroquois based on witness accounts. Stripped naked, they were beaten, finger nails torn from their hands, while Brébeuf continually preached till his tongue was cut. He was baptized with hot water, was made to wear a collar of hot hatchets, with resin set his body afire, and stripped his flesh. Due to his bravery, the torturers dug out his heart and drank his courageous blood.

The next day Ragueneau went to the site and viewed the two bodies finding verification of the tortures inflicted on the men.

As a result of this attack, the Hurons were dispersed, some eventually settling into our own state of Michigan, where their Christian heritage is a continued blessing to all of us.