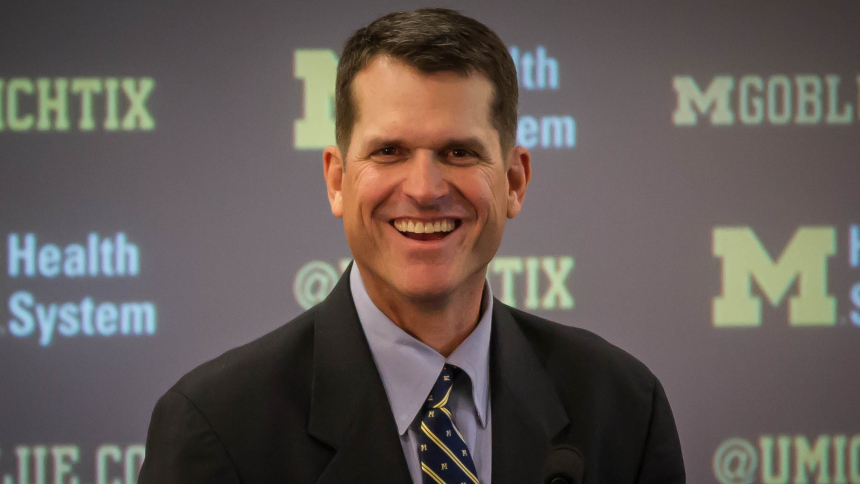 Bishop Earl Boyea of Lansing has publicly expressed his appreciation to Jim Harbaugh after the University of Michigan’s head football coach braved public opinion to articulate his opposition to abortion.

“Jim Harbaugh has eloquently spoken-up for two of the most vulnerable groups in our society: mothers in crisis pregnancy situations and their unborn children. What is more, he has done so with great courage, compassion and, indeed, common-sense,” said Bishop Boyea, July 28.

“Across the Diocese of Lansing, there will be many people – and not just Catholics – who are enormously encouraged by Coach Harbaugh’s public witness to the sanctity of human life. For that he has our gratitude and, of course, our prayers.”

Coach Harbaugh, who is a Catholic and a parishioner within the Diocese of Lansing, was a keynote speaker at the Plymouth Right to Life fundraising dinner on July 17, 15 miles down the road from the University of Michigan, where he himself played college football and has been head coach since 2015.

The theme of the evening was “We Were Made to be Courageous.” Coach Harbaugh talked about the courage needed in today’s society for individuals to be able to stand up for their convictions.

“I believe in having the courage to let the unborn be born,” he said, according to the Detroit Catholic. “I love life. I believe in having a loving care and respect for life and death. My faith and my science are what drive these beliefs in me.”

“Quoting from Jeremiah, ‘Before I formed you in the womb, I knew you. Before you were born, I set you apart. I appointed you as a prophet to the nations.'”

Coach Harbaugh’s wife, Sarah Harbaugh, also shared her pro-life testimony during the event and spoke of how they promote their values as a married couple.

Following the publication of his comments, Jim Harbaugh was subject to some criticism on social media from pro-abortion advocates. Despite this, the Michigan Wolverines’ head coach chose to elaborate on his stance.

In an interview with sports broadcaster, ESPN, July 26, Coach Harbaugh shared how he has told his family, players, and staff members that if they found themselves in an unplanned pregnancy and could not take care of the baby then he and his wife would raise the child.

"Let that unborn child be born and if at that time, you don't feel like you can care for it, you don't have the means or the wherewithal, then Sarah and I will take that baby."

He added, "Any player on our team, any female staff member or any staff member or anybody in our family or our extended family that doesn't feel like after they have a baby they can take care of it, we got a big house. We'll raise that baby."