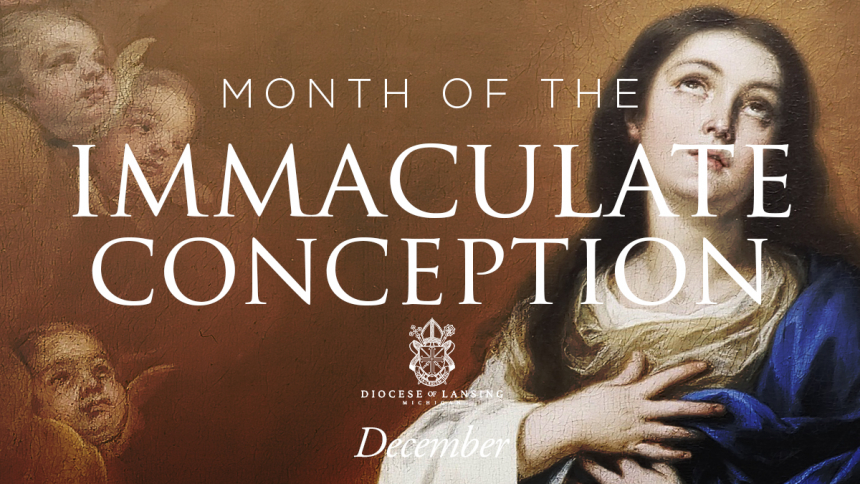 This month is the Month of the Immaculate Conception. Ave Maria!

The term “Immaculate Conception” refers to the conception of the Virgin Mary free from original sin by virtue of the merits of her son Jesus Christ. The Catholic Church teaches that God acted upon Mary in the first moment of her conception, thus keeping her “immaculate”.

As Saint Eadmer of Canterbury in England wrote in the 12th century: Potuit, decuit, ergo fecit! God was able to do it, it was fitting that He do, and so He did it!

Although the belief that Mary was sinless, or conceived without original sin, has been widely held since Late Antiquity, the doctrine was not dogmatically defined in the Catholic Church until 1854 when Blessed Pope Pius IX, declared ex cathedra, i.e., using papal infallibility, in his papal bull Ineffabilis Deus, the Immaculate Conception to be doctrine.

The bishops of the United States bishops unanimously chose the Virgin Mary, conceived without sin, as patroness of the country, on 13 May 1846. She also became patroness of the Diocese of Lansing upon its creation in 1937.

On Thursday, December 8, the Church will celebrate the Solemnity of the Immaculate Conception. This feast is a holy day of obligation whereupon all Catholics are obliged to attend Holy Mass.

O Mary, conceived without sin, pray for us who have recourse to thee!