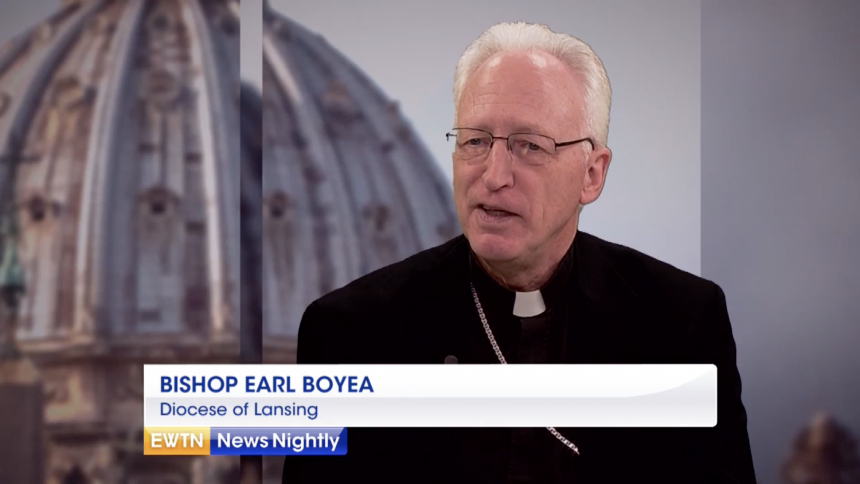 Bishop Earl Boyea of Lansing was interviewed on EWTN News Nightly, 13 December, during which he revealed that he asked Pope Francis about the outcome of the Vatican’s investigation of former cardinal, Theodore McCarrick, during the Ad limina visit of Michigan bishops to Rome (9-13 December).

“I did ask about the McCarrick situation. That was something that all of us were very interested in knowing where this was going. And very glad to hear that a report is coming, and not sure when it will be, probably after the beginning of the new year,” said Bishop to EWTN’s Rome bureau chief Alan Holdren.

89-year-old Theodore McCarrick was one of the most high-profile American clerics of recent times. He served as Archbishop of Newark, New Jersey, from 1986 to 2000 and then as Archbishop of Washington, D.C. from 2001 to 2006. He was also elevated to the College of Cardinals in 2001.

In June 2018, however, the Vatican removed him from public ministry following credible allegations of sexual abuse involving adult male seminarians and male minors. After a Vatican investigation and trial, McCarrick was found guilty of these crimes and was dismissed from the clergy in February 2019.

The Vatican announced that it would conduct a review of files relating to McCarrick in October 2018. Bishops Boyea said that he expects that the anticipated McCarrick report will “be like peeling a scab off” for the Church in the U.S.

“It is going to be tough, we know that, but it is better to get that out and get that done with,” he said adding, “This is ultimately for the good of the Church. The truth cannot hurt the Church.”

Bishop Boyea was in Rome along with his fellow bishops from Michigan and Ohio as part of their visit ad limina apostolorum — to the threshold of the apostles — during which they have reported on the health of their dioceses to Pope Francis and the heads of various Vatican departments as well as making their pilgrimage to the tombs of St. Peter and St. Paul. Such Ad limina visits usually take place every five years.