Faith in Flint About Us 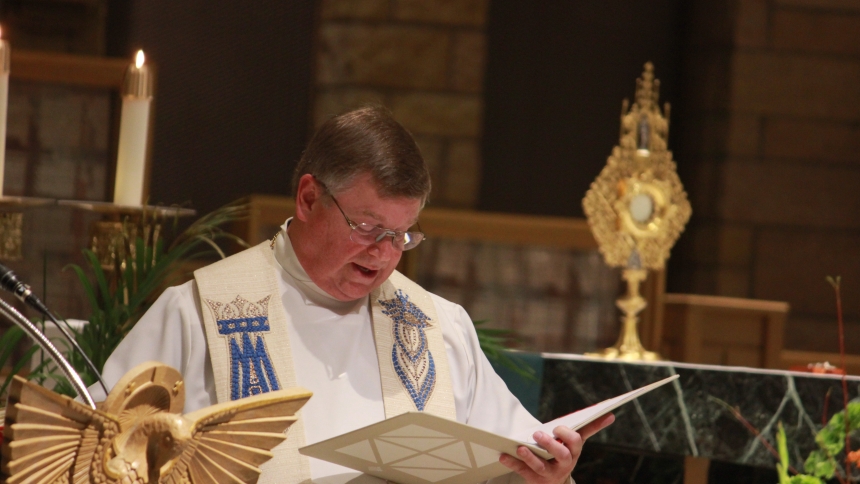 What was Faith in Flint?

The Faith in Flint initiative began in May of 2015 as a marketing proposal to draw the diocese’s attention to the plight in Flint.  In conjunction with Faith Catholic, the intent was to highlight the Catholic entities in Flint that are ministering to the Flint community; and it was a call to parishes throughout the diocese to do something for Flint.  At about the same time Fr. Tom Firestone was made pastor of 4 churches in Flint – St. Michael, St. John Vianney, St. Matthew, and St. Mary.  Fr. Tom was also commissioned to take Faith in Flint under his wing.  As he and the new clergy acclimated to community living, strived to understand the deeper roots of brokenness and despair in Flint, and determined the best course of action to work together and bring unity to these 4 churches, Fr. Tom instinctively allowed Faith in Flint to take a natural course to see what developed within the realm of the parochial model and throughout the Catholic entities in Flint.  After the initial charge of volunteers, youth groups collecting personal needs items, and financial donations, some were left asking, “now what?”  Individuals and parishes knew they had been asked to do something, to get involved, but they weren’t sure how.  So the logo and “brand name”- Faith in Flint - became familiar, but left some confused as to what their role or responsibility was.

What Faith in Flint is now…

A call to action; a call to live as disciples, to use our charisms for the building up of God’s kingdom.  We are called to do as Christ instructed in Mark 16:15 - “He said to them, ‘Go into the whole world and proclaim the gospel to every creature.’”  It is the proclamation of Good News that will allow faith to grow and spread in Flint.  But first we need the presence of a living faith, a faith that is rooted in prayer, a faith that can be shared with others, a faith that the court of the Gentiles will want.  The original Faith in Flint website asked the question “Will you join the Catholic presence in Flint to bring hope to the city?”  The question to ask now is “Will you be the Catholic presence in Flint…?”  There are not enough Catholics in Flint to reach the far ends of desperation, addiction, loneliness, and abandonment.  There are not enough Catholics in Flint to provide the hope, the opportunity, the prayer, the faith that it takes to let all people know their dignity and worth.  Flint needs people of faith walking the streets, knocking on doors, healing the sick, visiting the imprisoned (many, prisoners in their own home), sitting with others at soup kitchens, reaching out and connecting with people in the most basic human way - a smile, a listening ear, a prayer of hope, an acknowledgement of humanity, the sharing of the belief that greater joy and peace do exist in the person of Jesus Christ.

Faith in Flint is not in an office building, or comprised of a committee, or a program that runs out of parishes.  It is the call of the Holy Spirit, it is you responding yes to the Lord, it is the willingness to step outside your comfort zone for the sake of another, it is the joy and fulfillment that comes from living as a disciple.  The spread of faith in Flint will be determined by your response.  This response begins with prayer.

The Faith in Flint Entities 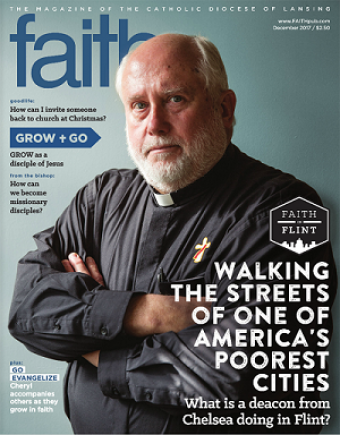