Exuberant crowds filled the streets of Kraków, Poland, speaking a multitude of languages, stopping traffic and singing praise to God. Never in my life had I seen so many people collide in such a brilliant array of cultures and colors. Despite the crowds, I never once felt nervous or uneasy. Somehow, in a city filled with hundreds of thousands of pilgrims, I felt safe. I spun in a circle unable to stop smiling at the fact that I was lucky enough to attend World Youth Day 2016.

We’d just finished praying the Stations of the Cross with Pope Francis, reflecting on how Jesus’ very passion reflects his teaching in Matthew 5:7: “Blessed are the merciful, for they shall obtain mercy.” Everywhere I looked, I could see the mercy of God in the love of every person for their neighbors and sense a nearly palpable hope in a world where mercy and fraternity breakdown cultural barriers.

Different languages mingled in laughter and song bringing people together to praise God. I will always remember leaving Blonia Park after the pope’s address to find myself next to a group of Brazilians playing guitars and drums, and singing the “Macarena.” I'll always remember singing “10,000 Reasons” with a crowd from Texas in a rain shower, while we waited for our groups to finish eating. For a week prior to the Saturday vigil service outside of Kraków, young people from around the world spoke in the universal language of broken conversations and laughter as they learned about God’s divine mercy.

I marveled at the beauty around me and wondered, “Is this a glimpse of heaven?” But the crowds at Blonia Park seemed insignificant compared to the approximately two million youths gathered outside of Kraków to keep vigil in a field before Sunday Mass.

After a six-mile hike, I settled onto the rough ground of an open field. It was called “Campus Misericordiae” – “Field of Mercy.” There, during the prayer vigil and adoration, Pope Francis urged the youth of the world to be unafraid of risks. There, I heard the words of Pope Francis as clearly as if he were in front of me and not a mile away across a crowded field:

"Today’s world demands that you be a protagonist of history because life is always beautiful when we choose to live it fully, when we choose to leave a mark. History today calls us to defend our dignity and not to let others decide our future. As he did on Pentecost, the Lord wants to work one of the greatest miracles we can experience; he wants to turn your hands, my hands, our hands, into signs of reconciliation, of communion, of creation. He wants your hands to continue building the world of today. And he wants to build that world with you.”

Gazing out at the sea of people, I marveled at what these words meant. Each person, among the millions gathered, has a mission to build the world of today.

Through the pope’s address, I could clearly imagine a world of hope that conquers every fear of terror, political unrest and violence. The crowds of World Youth Day helped me find a renewed hope in a world where mercy, fraternity and peace take over the hearts and minds of every person. The people and experiences shared by all at this celebration of mercy show that hope is alive and the youth of the world no longer want to sit passively on the sidelines. Instead, we want to live with hope in a world that has been forever changed by divine mercy. 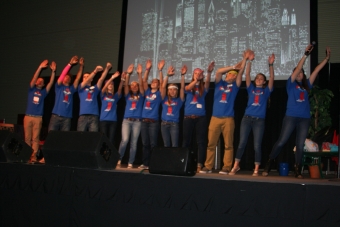 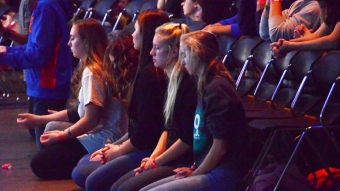 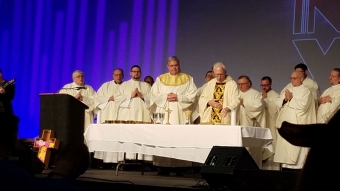