Read: My Dad, My Hero by Deacon Wayne Slomiany 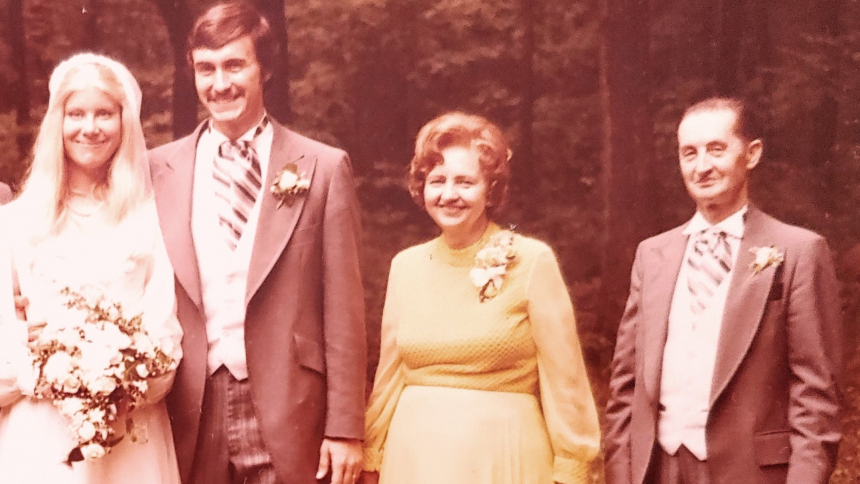 Take a look at the man standing on the right of this wedding photograph: Morning dress; buttonhole flower; and a gentle smile betokening gratitude and joy. That’s Rudy Slomiany. The photo was taken following the marriage of his son, Wayne, to his bride, Carol, in 1979.

Rudy died in 1998 at the age of 80. His dear wife, Annette, died eight years later at the age of 86. May they rest in peace. Despite the passage of years, Wayne still feels the benign influence of his father in his daily life and prays for his soul every day too.

My father, Rudy Slomiany, was part of the “Greatest Generation” of immigrants that populated the United States and Canada after the First World War. He then served in the Army Air Corp during World War II.

He showed being a husband and father meant that family came first in every decision. Being Polish, it was our time to be put down as a people and my father worked six days a week to build a better life for our family.

He always made Sunday God’s day, and we attended Mass every Sunday. Dad was always there when an opportunity came up for his boys, my three brothers and me, adding to his list of sacrifices, by adding more driving to his daily schedule.

Although he has been gone from this earth a long time, I still feel his influence on many of my decisions and my approach to life. I miss you, Dad.