"Only the lover sings!': The Feast of St. Cecilia 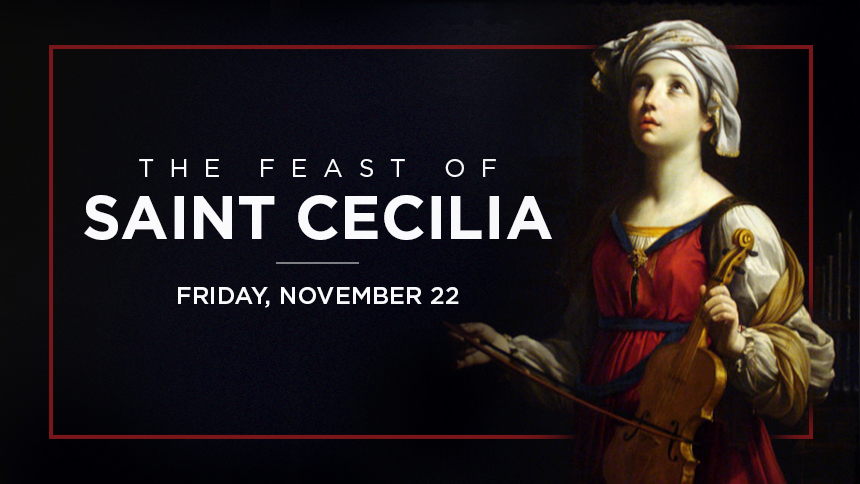 Today is the Feast of Saint Cecilia, the patron saint of music and musicians. Happy Feast Day!

To mark the occasion, we asked Jeremy Priest, Director of the Office of Worship for the Diocese of Lansing, to explain why sacred music plays such a crucial role in drawing souls closer to Jesus Christ and his Holy Church. Here is what he had to say:

Saint Cecilia was martyred in the second or third century after vowing her virginity to God and helping her pagan husband to encounter the Lord and be baptized. Saint Cecilia is the patroness of church music because the love in her heart gave voice to the song on her lips.

"Only the lover sings!" These words from Saint Augustine capture the depths from which Saint Cecilia’s song of love arose: she had encountered God, face-to-face. As Pope Benedict XVI once wrote, ‘When man comes into contact with God, mere speech is not enough.’ [1] Indeed, even as the soldiers were trying to put her to death, it was joyous singing that they heard from Cecilia’s lips: neither in life nor in death did she ever leave the feet of her Lord. For this reason, musicians find a model in the devotion of Saint Cecilia.

When the Word took flesh and dwelt among us he united heaven and earth with a “hymn which is sung throughout the ages in the halls of heaven” [2]. The music of the early Church was distinguished from that of the pagan world by its focus on the text of Scripture. Whereas pagan worship sought to draw the spirit of the gods down into themselves by means of a Dionysian-like agitation of rhythms and beats, Christian music, as a rule, was a Spirit-filled response to the gift the Father had already given in sending the Son. Indeed, Christians and Jews distinguished themselves from their pagan neighbors by the sober inebriation of written texts, obliging the appropriate melody to conform itself to the already in-Spirited text of Sacred Scripture.

Today’s feast is ancient, dating back to the fifth century. Indeed, so popular was devotion to Saint Cecilia that her name is enshrined in the First Eucharistic Prayer, the Roman Canon. Over the centuries countless musical associations have flourished under her patronage.

On this very feast day of Saint Cecilia in 1903, Pope St. Pius X wrote that the ‘principal office’ of liturgical music is ‘to clothe with suitable melody the liturgical text proposed for the understanding of the faithful…in order that through it the faithful may be…better disposed for…the celebration of the most holy mysteries’. [3]

Church musicians look to Saint Cecilia as a model not simply because she could sing gloriously, but because every breath with which she sang proceeded from the Breath of the Holy Spirit. In this way, the song of Saint Cecilia became a means of helping others encounter the Lord and praise him. 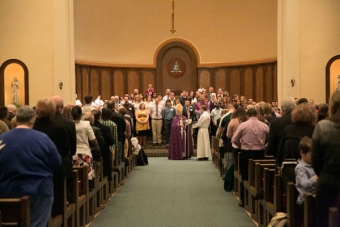 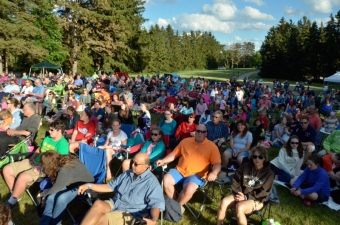