Faith in Flint update on the ongoing water crisis 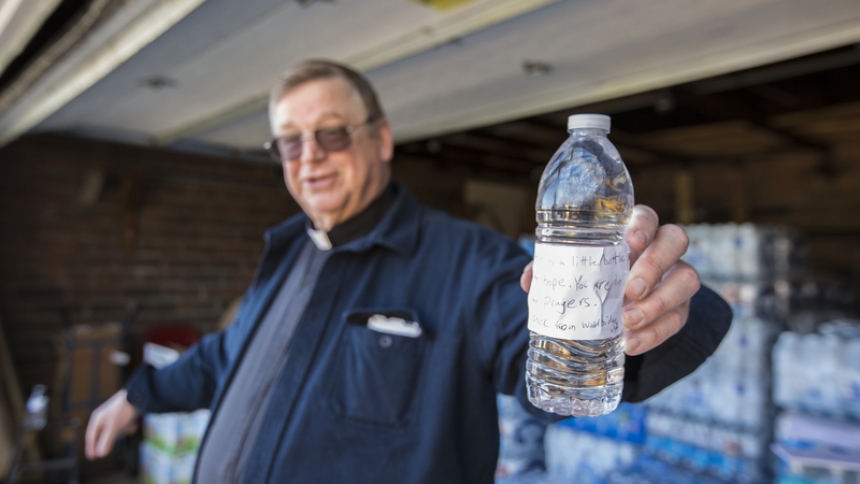 Jan. 19, 2017 marked 1,000 days since the city of Flint’s drinking water was switched from the Detroit Water and Seward Department to the Flint River. One Flint resident described the ongoing water crisis as “being a war, but without violence.” Asked about the current situation in Flint, Vickie Schultz, president/CEO of Catholic Charities of Shiawassee and Genesee Counties, commented, “We have been involved in water relief efforts since the very beginning.  It is hard to imagine that one thousand days have gone by and, by all reports, it will still be another five years or more before the water from the new pipeline will be useable. Our infrastructure is in bad shape.  It looks like it will take a decade of repair and renewal before we can put this behind us. At Catholic Charities, we are still handing out water to the families of Flint.  We rely on the generosity of individuals and organizations, young and old from across the country, for help, but that won’t go on forever. We need a solution that offers a clear path to correcting the damage that has been done and restores faith in the system.”

The people of the diocese are asked to please continue to pray for the city of Flint residents and, if possible, donate to Catholic Charities ongoing relief efforts.